About Kassandra Halkidiki
Kassandra consists of numerous settlements, each one with its own colours and style. The first peninsula of Halkidiki, at a very close distance from Thessaloniki and the International Airport Macedonia, counts kilometers of a majestic coastline, famous culture festivals, ancient sites of major importance, tradition and customs which revive with local celebrations and countless entertainment proposals. We pick out the most beautiful spots all over Kassandra and present them to you. Polichrono is famous for its big, scenic beach, and its name origins from the word Polichroo-later Polichrono, which means colourful, due to the abundant flowers in the village. The todays Polichrono was built on the site of ancient city Neapolis, around mid-7th century B.C. Neapolis suffered of many barbarians invasions, which led to the devastation. In the 11th century farmers settled again but during the Turkish occupation the settlement was destroyed ompletely again. The residents returned to restore their home land, keeping the traditional elements. Streets, alleys, shops and picturesque houses, tourism installations, all divided in the turqoise of the sea, the golden of the coast and the green of the verdant pine land, manage to obtain the graces of an ideal destination. It is worthy to visit the lake of a special ecological importance, where the turtles Testudinata find shelter, a protected habitat from the Ramsar Convention. 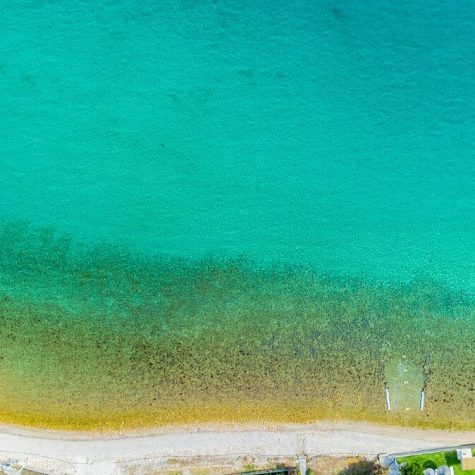